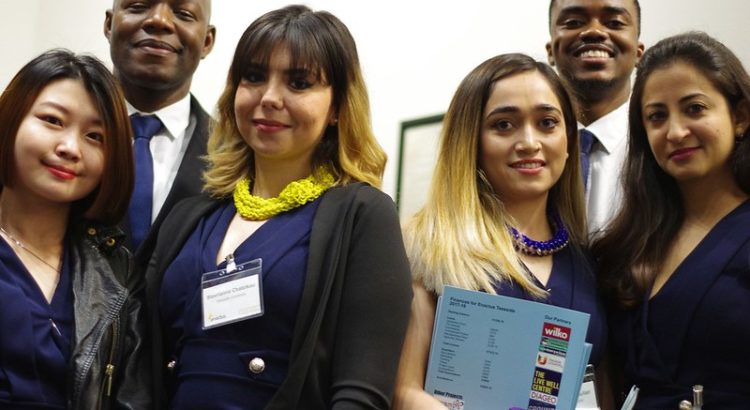 On the 9th & 10th of April the Teesside team attended the annual Enactus UK national’s competition held at the ExCeL centre in London right next to London City Airport.

The competition is the biggest spectacle of the Enactus UK year as 32 Enactus teams from universities all over the country come together to compete to become the coveted nationals champion and be the UK’s representative at the Enactus World Cup.

The two days are enthralling and full of excitement. On the 1st day all of the teams take part in opening round presentations where they present their projects to 40+ judges who all work for Enactus partner companies, Teesside presented their projects Your Fridge and Save the Woman. There is also a careers fair that takes place after the opening round where Enactus students and partner companies can network and build relations.

At the end of the day Enactus UK officials announce the teams who will be progressing to the semi-final stage of the competition the next day. There is also an awards ceremony for the outstanding accomplishments achieved by individuals and teams such as Team Leader of the Year and Most Improved Team.

On the 2nd day of Nationals there is a project fair for all the Enactus teams to display their projects and the progress they made throughout the year. This happens in parallel with the semi-final presentations which conclude midday. Following the semi-finals Enactus UK announce the teams who will be competing in the final round.

The Final round is the most exciting part of the 2 days as the final 6 teams present their projects to over 90 judges. With the winner announced in a thrilling manner.

A massive Congratulations goes out to Enactus Edinburgh UK Champions 2018.

Get in Touch with us today

The experience of social impact that sparks social enterprise.

Send us a message

This site uses cookies and information that is entered into this site. Find out more.